Free Pascal on Raspberry Pi (shown is the text-mode IDE). 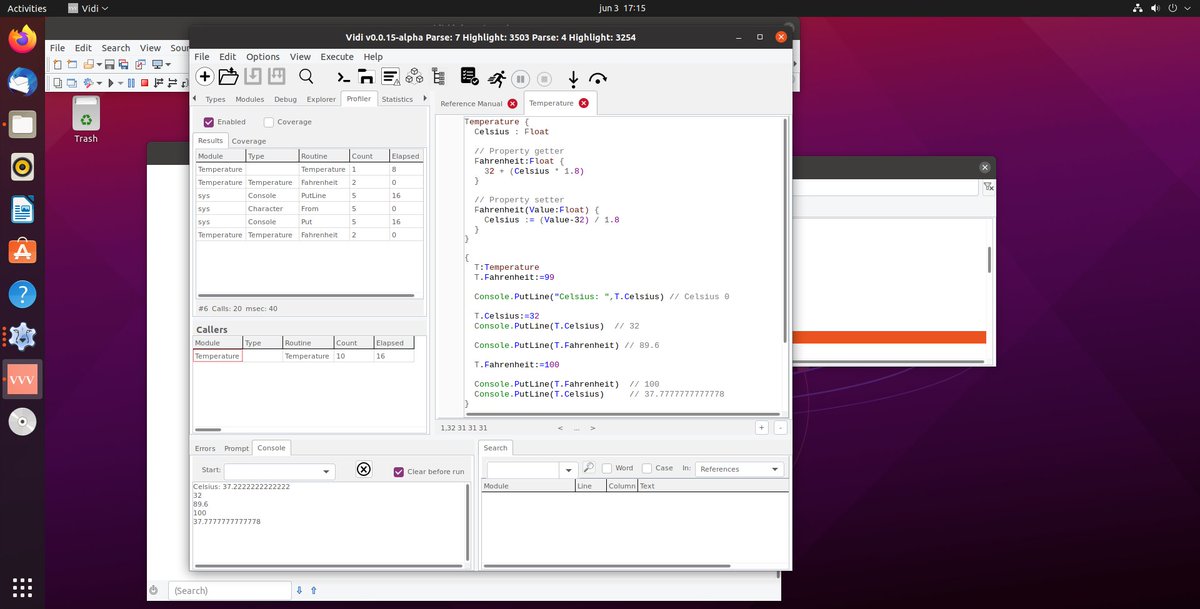 Free Pascal is a professional but free 32 bit / 64 bit compiler for Pascal and ObjectPascal. The Raspberry Pi system is supported with Raspbian OS.

In the Raspbian distribution Free Pascal is easily installed with the following shell commands:

You might also want to install Lazarus, a graphical IDE.

There are three modes to use Free Pascal on Raspbian:

07/10/2010 - After some rereading and some observations made in the mailing list, I have made some corrections, with notes, and added some notes to help those new to FreePascal (like myself) and those new to some of the Linux tools.

After some struggles to install Lazarus and FreePascal from source I created some scripts to set them up properly and they are working well. I think I am 90% there, enough to get me focused on programming than installing.

It is all based on Frank Church's number 1 principle of programming: 'Never use a constant or a literal where a variable will do!'.

The FreePascal version is not as clean and tidy as it should be, and contains a few bugs.

A point I am concerned with is how the newly installed compiler is used to recompile itself, I am not sure if that is the cleanest approach.

Any tips for improvement are welcome, with fpc optimizations and with bash.

It is setup on Ubuntu 8.04 LTS and should work on even older distrubtions if any dependent libraries are updated.
Conversion to Win32 shouldn't be that hard.

The Show more code link is used to expand the source.

You will find the odd literal or constant in the code, but it is only to help those new to Lazarus on *nix with their bearings.

PS. I learnt something new about bash today, the use of HEREDOC style multiline comments http://www.cyberciti.biz/faq/bash-comment-out-multiple-line-code/.

It will be useful for cleanly commenting out the successful parts of the build, rather than the messy single line comments.