You can use Picture Manager to make corrections to your pictures such as fixing brightness, color, or removing red eyes. To save time, select all the pictures you want to correct at one time, then use Auto Correct or one of the individual picture editing tools. Also, you can easily discard changes. 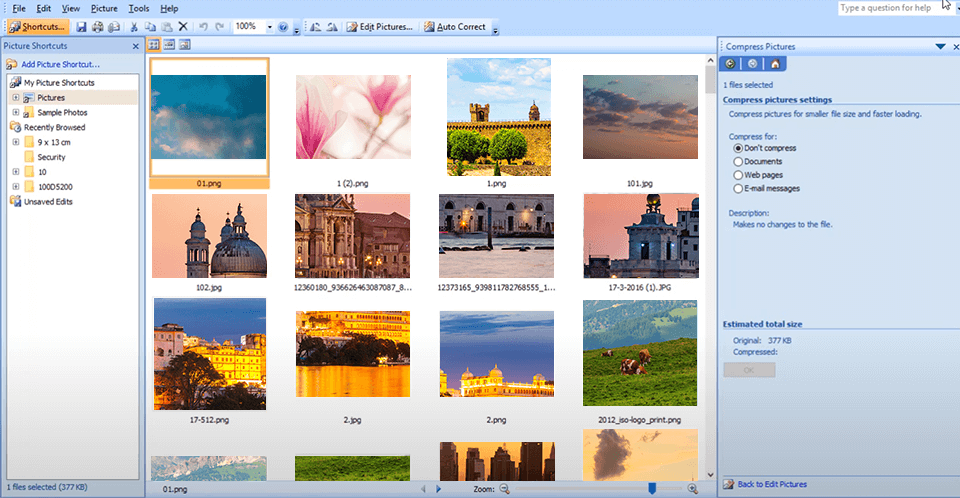 The editing tools available in Picture Manager include:

Note: If you click Delete instead of Discard Changes, both your original picture and your picture edits will be sent to the Recycle Bin.