Replace Mac defaults and discover new gems in one suite.

By the simple virtue of browsing the web over the years, nearly all of us have seen a variety of pop-ups asking us to download or upgrade Flash Player for Mac. Usually, there’s little explanation involved, which leaves you thinking, “Do I really need to install Adobe Flash Player on Mac?”

Adobe Flash is a proprietary software that started in the late ‘90s as a way to include advanced interactivity, gaming functionality, and video capability into your browser. By the early 2000s, Flash was supported by every major browser and seemingly ran the internet. That is until Steve Jobs himself declared a war on it.

In a press release published by Apple in 2010, Steve Jobs laid out his reasons for not integrating Adobe Flash in the Safari browser by default. His main criticisms of the platform were its closed proprietary nature, slow updates, weak security, and increasing availability of open standards that were arguably better equipped to handle browser interactivity.

For a long time, Adobe Flash security issues were the primary reason most developers discouraged people from installing the application. As you may have noticed, oftentimes Adobe Flash Player download for Mac pop-ups haunt you on the least trustworthy websites. It’s highly likely that those were hackers using Adobe Flash installers to find a way into your system.

Fortunately, in the last 10 years, the popularity of Adobe Flash has decreased significantly. By now, 95% of all websites have switched to the open HTML5 standard. This even includes all the major video companies, such as Vimeo, Netflix, Facebook, and YouTube. In fact, the popularity of the Flash technology has declined so much now that Adobe decided to end its Flash support in 2020.

So is Adobe Flash Player safe? Generally, yes, given that you download Flash Player for Mac from Adobe’s official website. And sometimes there is no way around installing Flash as you might still need it to run that lagging 5% of the web properly. Whatever the reason, below we’ll discuss how to manage Adobe Flash safely and securely.

Get Setapp and install 150+ apps in one pack, a solution catering for every issue you have with your Mac.

How To Install Adobe Flash Player On Mac

If you absolutely need to download Adobe Flash Player for Mac, you should at the very least do it securely. Good tips to note are install Flash only when required, disable it when not in use, update it regularly to get the latest security patches, and delete it completely as soon as you can make the full switch to more modern web technologies.

If there would be only one takeaway from reading this article, it should be: never ever download Flash Player for Mac from unrecognized websites.

Using Macs in general is very safe. But by far the most popular way for hackers to get into your system is to persuade you to download malware that’s masking itself as a well-known program. And Flash Player for Mac tops the list, having the worst security record out of any software. Moreover, Adobe Flash is the number one reason Macs crash overall.

So when you are about to install Adobe Flash Player on Mac, you should:

Once you have Flash Player installed, you need to remember to update it regularly (e.g. once a month) to avoid any security issues. To check whether there’s a new version of Flash available:

Disable Flash when not in use 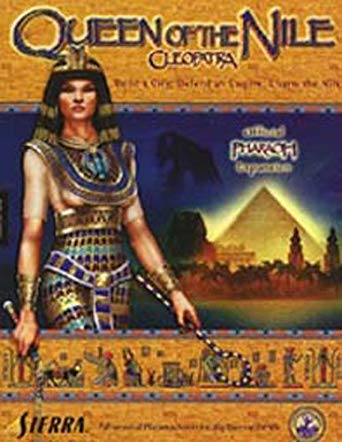 When you encounter a website that doesn’t work properly without Flash, proceed to install the player from the official (very important) website as per the steps above. But for complete security, turn off Flash right after you use it and enable it only when there’s no workaround.

To disable Flash Player for Mac in Safari:

Similarly, disabling Flash can be done in Content Settings in Chrome and Addons > Plugins in Firefox.

There’s a lot of confusion with regards to deleting Flash Player. As we’ve seen, when you download Flash Player for Mac, it doesn’t install itself as an app, but rather integrates into your System Preferences.

Hence removing Flash Player is not as easy as just dragging it to the Trash. Adobe has a whole page devoted to the uninstallation process and makes you download a separate tool to delete Flash properly.

However, due to the Flash Player’s pervasive presence on your Mac, it’s highly recommended that you use a professional third-party uninstaller like CleanMyMac X.

Get a pro uninstaller for Mac

With CleanMyMac X, unneeded software and junk will be gone from your computer in a single cleanup. An all-mighty cleaner that deserves your attention.

To uninstall Adobe Flash Player on Mac with CleanMyMac X:

Sometimes you simply can’t prevent the malware from getting into your system. And most of the time you only realize that infiltration happened after the fact, when you discover some of your files completely gone.

Good news is you might be able to recover your files if you act quickly. As soon as you notice any files missing, install a professional Mac recovery app like Disk Drill and follow this process:

Finally, to stop compromised apps or files from getting into your system, use a malware protection utility in CleanMyMac X on a regular basis.

To scan your Mac for viruses with CleanMyMac X:

Overall, there are very few reasons to download Flash Player for Mac today. Nearly all modern websites have switched to community-supported standards like HTML5, CSS3, and JavaScript. But if you need to use Flash, make sure to download it from the official source and turn it off when not required to protect yourself from its security flaws.

In addition, make sure you’re fully protected from any worst-case scenarios by checking for malware with CleanMyMac X and recovering lost files with Disk Drill. And if you use Google Chrome, you can avoid Adobe Flash Player download for Mac altogether as it comes pre-installed in the browser.

Don’t feel like spending money on buying all the professional apps? Both CleanMyMac X and Disk Drill are available for you to try for free, along with more than 150 high-end Mac apps and utilities, through Setapp — the best platform for curated Mac apps. Adobe Flash might be on its way out, but in the meantime, you should definitely verify that you’ve been using it responsibly all this time.

– We earlier told you about adobe flash player 10.2beta for developers. Adobe has now made a final release of flash player version 10.2.0 of its popular video player to all users. While the beta was primarily a release meant for developers, to test and provide feedback on the new features and enhancements and also on the compatibility of their existing apps, this final release is for use by everyone.

We had already listed here (on Techblissonline.com) some of the popular features in this latest version of adobe flash player, when we reviewed the beta, and they have all been retained in this final version.

If you use internet explorer 9 (which is still in beta), flash player 10.2 will take advantage of hardware accelerated graphics in IE 9, for better graphics performance and seamless composition. IE 9, as you might know, harnesses the power of the computer’s graphic processor and some cool features in windows 7.

In addition to all those smart features and enhancements, Adobe has also introduced some experimental features like H.264 Hardware decoding on Linux platforms. As with every other release, Adobe has also fixed a number of bugs and have also listed several known issues, some of which they are working on. For example, printing SWFs is not enabled in the popular Google Chrome browser, and they are working with Google to resolve it. Likewise, printing flash files are not enabled in Safari browser on Windows platforms and they are working with Apple to resolve it (Why not Microsoft too?.)

If you are a fan of “lifeinaday” channel on Youtube, you will be happy to note that adobe is working on the known issues like video pausing when entering or exiting full screen mode and incorrect video positioning.

Check out Adobe’s release notes for the more complete list of features, bug fixes, system requirements and known issues.It is available for Windows, Mac and Linux.

To download the above version, use a browser other than Google chrome (for eg: Firefox). Google chrome already includes a built-in flash player, that will automatically update whenever new versions are available.